As a diverse community of people all over the world, thenewboston is united around a simple goal: making the world a better place. We are genuinely in awe over the impact one very determined person has had on the lives of many: our community engagement specialist and lifelong resident of the Philippines Chrisha Canete.

When Typhoon Odette struck the Philippines in December 2021, people in thenewboston community reached out to Chrisha to see if she was okay. While she was fortunate enough to be living in Luzon, which was not affected by the typhoon, her grandmother’s province of Bohol was devastated. Many lost their homes, farms, and possessions to the powerful winds, heavy rain, and massive flooding. Chrisha felt compelled to help however she could. She began by getting thenewboston approval to create a campaign for cause to help the community in Napo, Inabanga, Bohol.

The campaign was announced on Christmas Eve and within just 3 days the community had donated 140,790 TNBC (thenewboston coins). As many people were suffering, there was no time to waste. Chrisha assembled a team of volunteers and arranged transportation to the devastated community.

On the day of the trip, only 5 of the 10 volunteers had confirmed to go. The 2 doctors who volunteered then dropped out because they would not risk traveling when a low-pressure area was forecasted in the Visayas. So, the actual relief team ended up being Chrisha, her sister Celesty Canete, and their friend Romar Alpajando.

The team of three endured a 7-hour journey by plane, then boat, then van to the grocery mall. They purchased six 50-kilo sacks of rice, personal hygiene items, canned goods, noodles, coffee, and bottled water and an additional 5 sacks of rice from a relative’s rice supplier. The team worked through the night, from midnight to 6 a.m., to assemble relief packages for 285 families. Chrisha’s aunt packed 500 lunches, which were also paid for with donations. 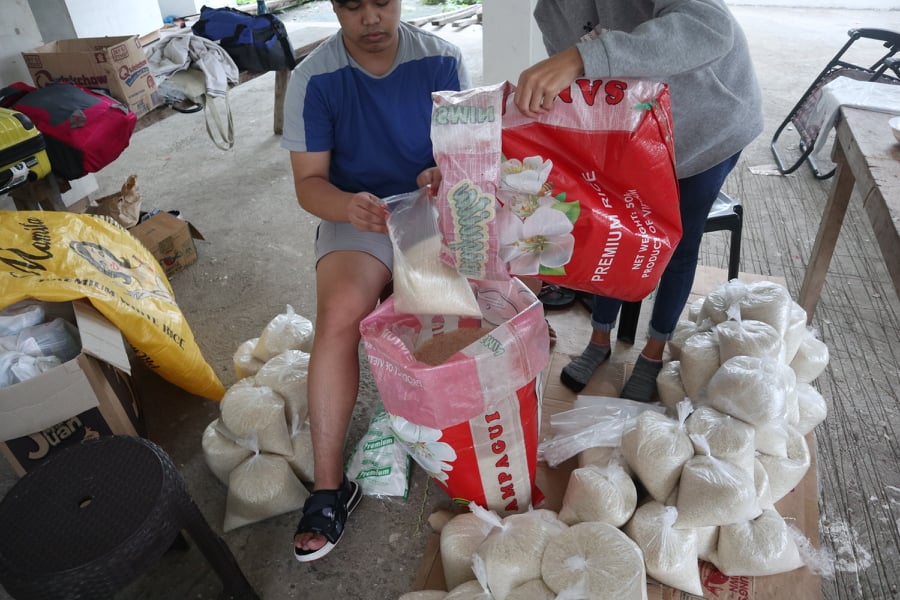 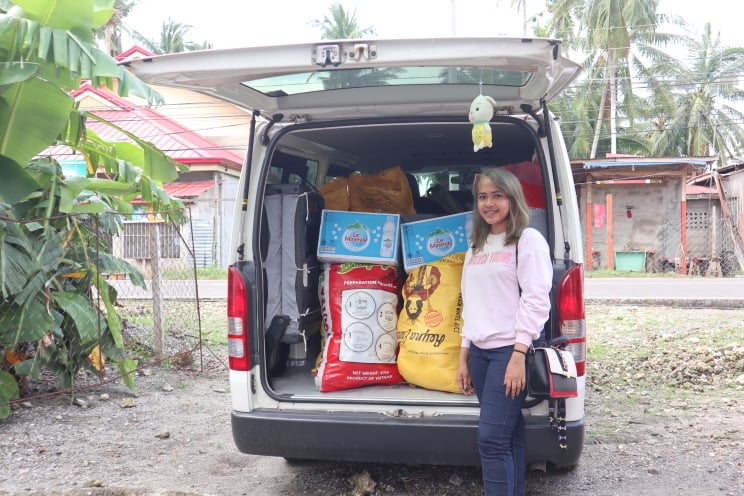 While Chrisha intended to help the community in Napo where her grandmother and some of her other relatives live, the roads and bridges that led there had been destroyed by the typhoon. She and her team changed course and instead went to an evacuation court in Kawayan, Inabanga, Bohol, where they distributed the food and relief packages to a grateful community.

We accomplished all of this in just two days, despite being

tired and exhausted! We did it!

In the near future, Chrisha hopes to be able to help even more people, as there are currently 67,000 homeless people in the Philippines. The next community will likely be Siargao.

Thank you so much to thenewboston community for brightening our people’s new year here in the Philippines!!

Announcing the First Ever Online Store for TNBC!

Burger for a Cause

On 12 February, a fire broke out in Palace Cavite City (Philippines) destroying more than 200 homes in…

This week, Typhoon Odette, internationally known as Typhoon Rai, caused severe damage and casualties in the Visayas and…

Hello everyone! I’m Chrisha Canete and I live in Cavite, Philippines. I’m 23 years old, going on 24.…